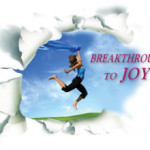 If you are you one of the 30% (or more) of American women who have been abused or abandoned in childhood, it’s likely that you are–or have been–in an abusive relationship as an adult. We repeat the past.  But we don’t have to. The message of Christmas is hope; transformation is possible. This is Jesse’s story.

“Jesse” came to me in crisis. Her alcoholic, emotionally abusive husband (who was her teenage sweetheart) was asking for a divorce. She was devastated. If only she had been a better wife, she told herself, he wouldn’t be rejecting her.

Our EFT work began by healing/neutralizing her childhood trauma:  her mean, alcoholic step-father had molested her from age 5 to 13. Her mother, as is frequently the case, did nothing to prevent the abuse. So Jesse saw herself as a ‘bad girl,’ ‘tainted,’ and ‘not deserving’ of a good relationship.  All her life she struggled with intimacy issues and an inability to trust people, especially men (what a surprise!).  But she had trusted her husband and now he was completely rejecting her.

In her head, Jesse recognized his abuse, but her heart ached because she still loved him. Of course. As poor and insufficient as his love was, it’s the only love she’d ever known.

Jesse was very responsive to EFT.  She was able to tap through and release the image of herself as a bad girl and an undeserving woman. She emotionally got it that her childhood abuse was absolutely not her fault–she just happened to be in the way, handy. She let go of her guilt.

And she saw how her marriage repeated her childhood.  No, the marital abuse wasn’t physical, but actually it was more insidious because it was emotional and invisible. No black eyes. Just an on-going message that she wasn’t good enough–because anything that displeased him was always her fault.

And the abuse was unpredictable. She walked on eggs because she never knew if she was wonderful or awful, whether she was the love of her husband’s life or if he wanted a divorce. If only she were a better person….

Now she knows there is a name for her experience:  she was a battered woman.  And nothing she could have done or said or been would have changed the abuse. It wasn’t her fault.

I have watched Jesse become stronger, see herself as the delightful, capable, deserving woman she is.  I’ve watched her blossom.  Let me share her words:  “EFT helped me resolve childhood issues, give that little girl a voice and she has finally been heard. This work has helped me express the anger I feel instead of stuffing and denying it. Because of EFT, I see the value in who I am; that I deserve good in my life and that my past no longer defines me.”

If any of Jesse’s story resonates with you, know that there is healing and hope awaiting you. I am currently offering a Breakthrough to Joy 5-week workshop that begins on January 8th for only $50. Not sure EFT is right for you? Book a complimentary now by calling me at 971-506-0498 or emailing daolsen711@hotmail.com.

Sign up and receive a
free Learn EFT lesson!

"We have the most incredible, powerful, healing tool that this planet has ever seen and we need to get it to the people who need it."